The man whose smile gave me so much comfort and hope, sad that he could not find the same hope anywhere else. The actor who stood out in a film that had Aamir Khan, Anushka Sharma and Boman Irani and all it took him was one song. If only someone had said these lines to him at the right time, he may have still been among us.

Excerpt: ‘Sushant Singh makes a very brave choice to do this film and it pays off. Like Manoj Bajpayee, he too plays a layered character (Lakhna), a rebel among rebels. In one of the scenes, Lakhna, while talking to Maan Singh, remarks that he became a rebel because it was cool, but now he feels ashamed of himself. This moment immediately lets the audience see the vulnerability of Lakhna and the depth of his relationship with his leader…’

You can read the full review here 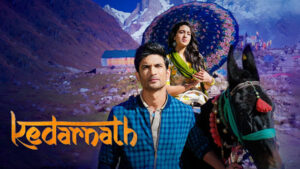 Breathtaking visuals, heartfelt storyline and Sushant Singh Rajput at his romantic best. His performance is heartwarming and endearing. This is a rare film because off late we have not seen too many good romantic films. If romance is a genre you enjoy, this is a must-watch 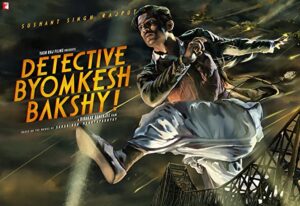 One of the finest pieces of Indian cinema in my opinion. Dibakar Banerjee creates a masterclass that pays homage to the likes of Frank Miller, Herge, Sir Arthur Conan Doyal and Guy Ritchie. The story is good but the execution is out of this world. Mind you it is a very difficult film to execute. And yet, the film is so beautifully executed, that if you replace each actor with Hollywood’s finest, the film will still hold true in every scene. The music and background score takes the film to another level. Electric guitar and grunge rock in the middle of a busy Calcutta street scene is magic. It is a film that does not compromise on its ingenuity even for a second and hence it is my second most favourite Hindi film. 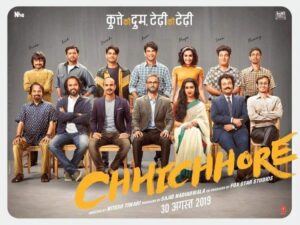 Quirky, Funny, thought-provoking and a lot of fun. The maturity in performance started with Sonchiriya and continued into Chhichhore as well. Sushant was at his charming best as the younger version of the character and the most comfortable among the ensemble cast while performing as the older version of the character. His performance was the highlight of the film as it brought about so much nostalgia. 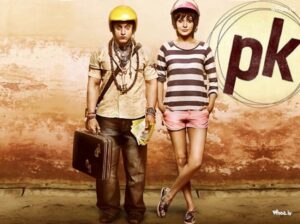 A film that starred Aamir Khan, Anushka Sharma and Boman Irani, it was not a surprise that I could not find even one poster with Sushant Singh in it. What’s amazing is that this was just Sushant’s 3rd film after Kai Po Che and Shuddh Desi Romance. Though, when I looked back at PK, it seemed like Sushant was already a mainstay in Bollywood. That was the level of his performance. Sushant was so good in PK that he made everyone fall in love with ‘Sarfaraz’ within the first 5 minutes of his performance. People may not list PK to highlight Sushant’s best performances, but for me, PK was one of his finest. 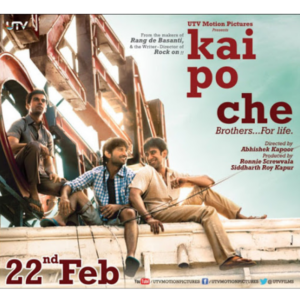 Kai Po Che is what cinema is all about. I did not have so many goosebumps in a film since Lagaan. Abhishek Kapoor envisioned and put such a film on canvas is magnificent because the book it was based on was extremely average. The art direction was perfect with a near-perfect representation of the surroundings. The twist at the end made this into a brave film that turned out to be several notches above the book. Emotionally it hit all the right spots and that’s why this was my favourite Hindi film of 2013. This film announced Sushant Singh Rajput to the world and it was a truly memorable performance. The film showcased so much of Sushant’s talent and I was sure he was going to be in the industry for a really long time. Little did I know that the ‘really long time’ I was imagining, was all of 7 years.