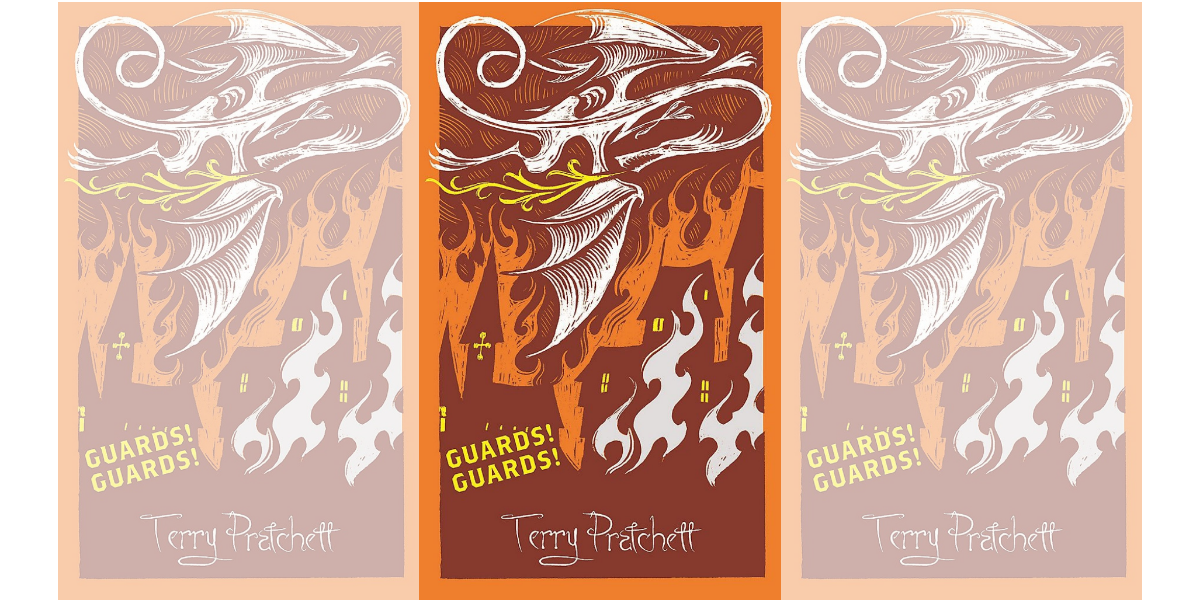 This was my first experience of reading the fascinating Discworld series and I had a blast. Initially, I was apprehensive because I usually enjoy Epic Fantasy with good action so It was hard to imagine a good fantasy book that was a comedy. My doubts were cleared within the first 50 pages of the book because I was laughing hard as soon as it began. The interaction between Carrot and his parents as well as the first meeting of the secret society are both hilarious sequences.

The humor was brilliant and so well integrated. The highlight for me was the puns on quintessential fantasy elements like dragons, wizards, a prince who would be king etc. To be honest, you enjoy it them lot more if you are exposed to the fantasy genre. That is when every satirical remark and joke hit home.

This is also very much fantasy fiction, so world-building is key. There are no overlong descriptions of the feel of stone or the color of a sky. Instead, the writing is crisp and feels so natural. It was almost effortless the way Terry Pratchett went out establishing the place, the time, the other dynamics of the world like various guilds. The story was flowing and you did not even feel like there was a setup followed by big incidents and then a climax. It felt like one comprehensive piece.

Another aspect that differentiated this from a lot of other fantasy material out there is how none of the characters was an outright hero or villain. Yet, almost every single one of them was likeable. Even the ones who did not have the best of intentions.

Guards! Guard! was non-stop fun and I really enjoyed it. This means that 40 other books in Discworld get into my TBR list.