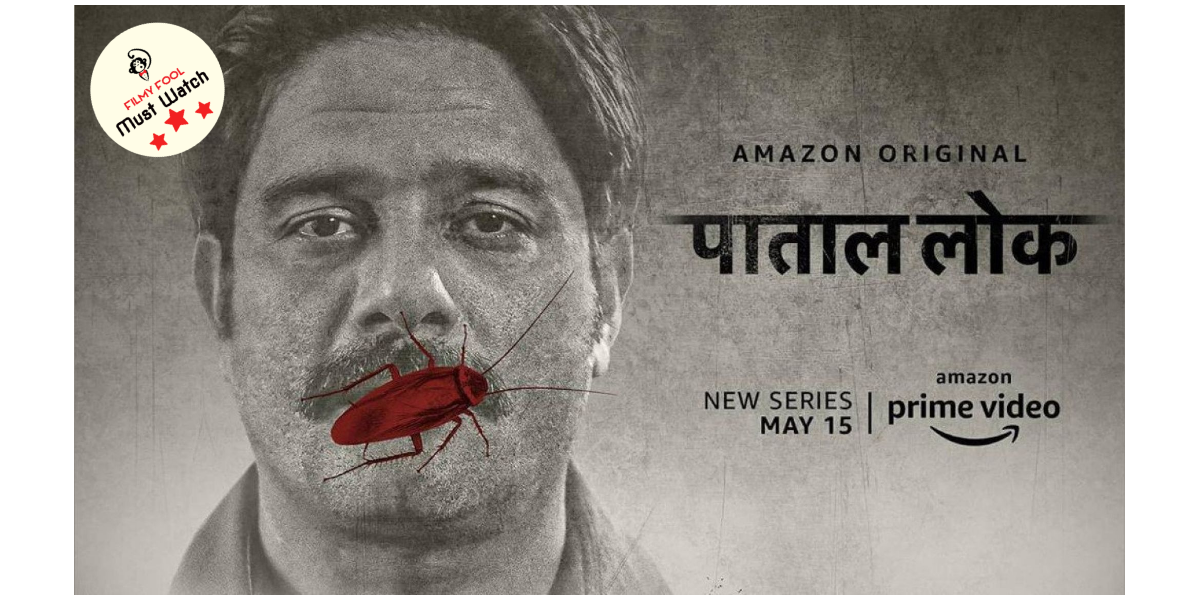 Paatal Lok is an Amazon Original series streaming on Amazon Prime Video. The show is a crime thriller and stars Jaideep Ahlawat, Neeraj Kabi and Abhishek Banerjee. It has been produced by Clean Slate Filmz, the production house of Anushka Sharma and her brother Karnesh Sharma. So first and foremost, I would like to thank Anushka and Karnesh for backing such unique content. Their banner has been continuously taking a chance on scripts that may not seem typical or mainstream, right from their first production, NH10. They followed this up with Phillauri and Pari, trying to tell stories that were away from the cliches of Bollywood. Paatal Lok falls perfectly in line with this pedigree, as it is bold, blazing and brilliant.

Paatal Lok starts with the sound of deep-voiced Jaideep Ahlawat as he plays Hathiram Chaudhary. Ahlawat is describing the 3 worlds or Lok (Swarg Lok, Dharti Lok and Paatal Lok) with a precision that can only be found in the truest of cynics. His choice of words compels you to think, more so if you understand the social dynamics of Delhi NCR. The story begins in Delhi and that is the focal point of the show (much like Delhi Crime) but the narrative quickly moves to the hinterlands of Punjab and Madhya Pradesh.

For me, Paatal Lok is what you get when you bring Sacred Games and Mirzapur into one world. Sacred Games was about big-ticket criminals and politicians and Mirzapur was focused on the crime families in the hinterlands of Uttar Pradesh. Paatal Lok is remarkable because it doesn't simply paint these two sides on a single canvas, it takes us along for the discovery of everything that connects them. In the midst of all this, we get to see a worn-out cop who is way past his prime and all this time has made him cynical.

The biggest highlight of Paatal Lok is undoubtedly Jaideep Ahlawat's portrayal of Hathiram Chaudhary. It is such a fantastic character, having so many layers. Ahlawat brings all of it to life, in a way that makes you feel every sigh and every insult. I loved how Hathiram turns 'Rambo' in a scene where he goes to give the gun back, and in return, finally gets the much-needed respect from his son. His chemistry with his colleague/friend Imran is excellent and provides the character with another dimension. Ishwak's performance as Imran is genuine and heartfelt. The other huge positive for the show is it's writing. It goes deep into the heart of the country and throws light on some of its darkest corners. In doing so, you realise that there is a reason some of these remain in the dark. Not everyone has the stomach to accept what's out there, but, even then, the writing is never judgemental. Not even when it talks about the most gruesome or heinous of events.

All other cast members do a fantastic job too. Neeraj Kabi is flawless and so is Abhishek Banerjee. They are well supported by Niharika Dutt and Swastika Mukherjee. My only reservation about the show is its indulgence with physical abuse. There are at least a couple of instances, where the viewer is being spoon-fed with graphic imagery. I get that the attempt is to showcase the extent to which people can go, but a not so subtle hint in the direction would also do the job, without making anyone cringe. I had the same issue with other Amazon Original (Mirzapur) as well. Violence for the sake of violence is just not exciting for me. For comparison, Anurag Kashyap has shown violence so often in his creations, but never with such futility.

Though Paatal Lok is very much a crime thriller, there are a no. of other themes that are touched upon. Something that the show captures really well is Social & Verbal Bullying. Additionally, the depiction of caste discrimination and the casual approach towards violence and lawlessness in parts of the country was very good.  Religion and Patriarchy are also touched upon, the former being the driving force behind the life-altering decisions of some key characters

There is a lot to enjoy in Paatal Lok but it is not an easy show to watch. There is graphic violence, verbal & physical abuse. If you can handle it, you are in for a treat. Binge away I say.