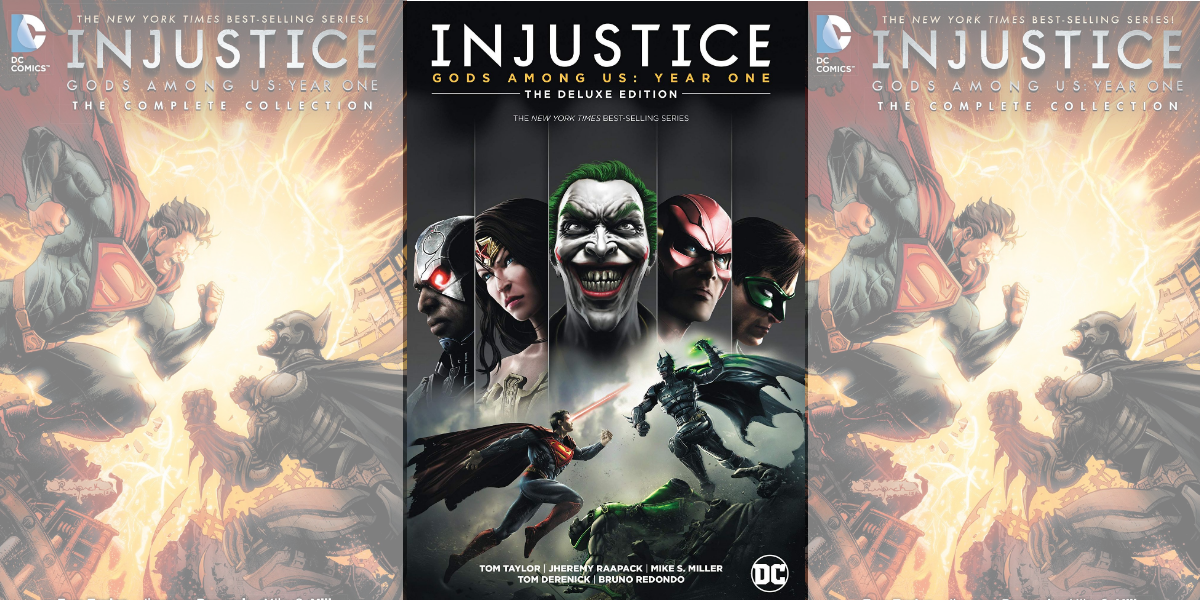 There are many instances of films and games being based on successful comic books. However, Injustice: Gods Among Us is an example of a comic series accompanying a successful game of the same name.

The series is written by Tom Taylor and Brian Buccellato with illustrations by multiple artists. The comics act as a prequel to the 2013 fighting video game and takes place in an alternate reality where Superman stoops to tyranny following a horrific event caused by the Joker.

The involvement of Joker leads to an age-old question being posed at Batman: ‘Why does Batman not end Joker once and for all? Who is responsible for people dying at the hands of Joker every time he runs away? Is Batman so used to running after the Joker that he would not know what to do afterwards?’ When these questions are posed by someone like Superman, others also listen. Battlelines are drawn between Batman and Superman. Factions are made and loyalties are tested.

Do not expect the word ‘Martha’ to fix everything. This is not one of those storylines. Because the world enters an even more deplorable state as Superman sinks down to become a totalitarian leader. He is not singleminded in his intent. However, on occasions where he starts to second guess himself, Wonder Woman is standing right next to him, continuing to fuel the fire.

Injustice: Gods Among Us Year 1 is intense and hardcore. The plot is not unheard of but the tone is mature. The storytelling is extremely immersive, coupled with a sense of urgency. You relentlessly turn page after page hoping for things to get better with the next turn. But the way things unfold, you started to get asphyxiated. You dread the worst and can’t bear to see it come true.

The artwork adds to this uneasy feeling as every punch, every gasp comes alive in front of you. Coupled with the fast pace I mentioned earlier, the experience is almost as good as watching an animated film. That’s how good the artwork is.

I had picked up Injustice: Gods Among Us Year 1 as a spare wheel. The truth is, I was reading the Preacher series and had just finished Book 4. I was unable to start book 5 as it was two days away from getting delivered. So I picked this up without much thought or expectation, being only a filler. What had captured my mind and what I had been wanting to read was Preacher. Yet, Injustice: Gods Among Us Year 1 completely blew me away and I can’t wait to finish the rest of the series. A must-read for fans of comic books and particularly of DC. When it comes to cross-overs, this is one of the finest I have read.

Support local bookstores. Buy it here. (use code: filmyfool to get an exclusive discount)