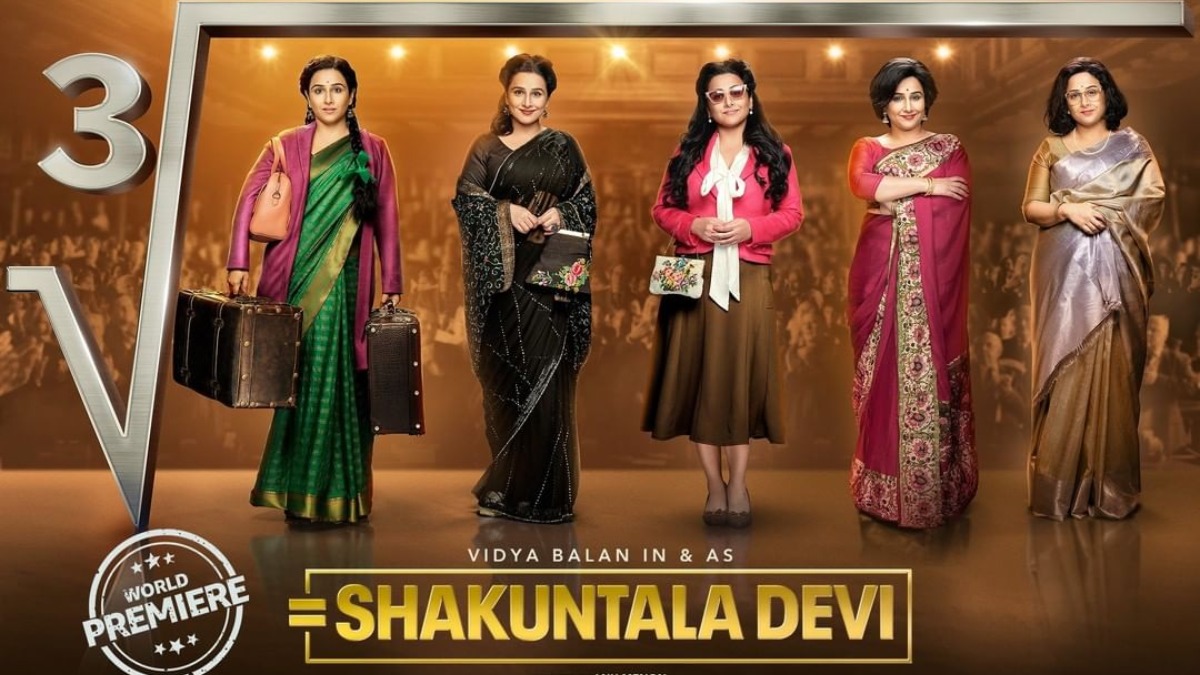 Vidya Balan plays a genius mathematician named Shakuntala Devi, which is also the title of the film. And yet, the film is not to be seen as a biography according to its makers. What is it with Bollywood’s obsession of making films on real-life characters but only after fictionalising them to a point where they fit a certain archetype. It is not enough for Milkha Singh to be a world-class athlete. So what if he is a sprinter? He needs to sing, dance and show his 6 pack abs paired with bulging biceps.

In Shakuntala Devi, Vidya portrays the title character with all her heart. She may appear over the top, but if you have seen any old video footage of Shakuntala Devi, you know she too was bold and extravagant. One of the most powerful lines in the film stems from this trait. “Ek aurat jo apne mann ki sunti hai aur dil kholke hansti hai, mardon ke liye usse darawana kya ho sakta hai?” A woman who does what she feels and laughs her heart out, what else could be scarier for the men of the world. Such moments are extremely rare and lonesome in Shakuntala Devi.

The biggest issue with the film is the fact that It is never clear what it is really about. It starts in a manner that suggests it’s about the struggles of a brilliant little girl hoping to be understood. But this part gets over in the blink of an eye. Then we get to England where she tries to make her mark in showbiz with her math skills. So you think it will be about her rise and her eventual stardom. Nope. Wrong again because this too gets over soon. We move on to a romantic angle followed by a family drama. And while all this is happening on the personal front, Shakuntala Devi has graduated from being a mathematician to an astrologer and an aspiring politician on the professional side. When and how that happened, I have no clue.

Vidya Balan is a fine actress. No doubt. But even she needs some sort of anchors for her character. What makes her tick, what are her triggers and why. She does not get any of those in Shakuntala Devi. Hence, she tries hard to make something of this film but sadly does not succeed.

Among the supporting cast, Jishu Sengupta is exceptional and is the only one who creates a lasting impact. Sanya Malhotra gets a lot to do but I have never been a fan of her acting. Somehow, she always comes across as patchy. Be it Pataakha or Photograph, or this film, she seems to do some scenes with great depth but others, she remains only on the surface of the character. Amit Sadh does well in whatever little he gets to do.

I did not enjoy Shakuntala Devi at all and I don’t think it is worth your time. If you want to watch good films this week, both Raat Akeli Hai, and Lootcase are far better.