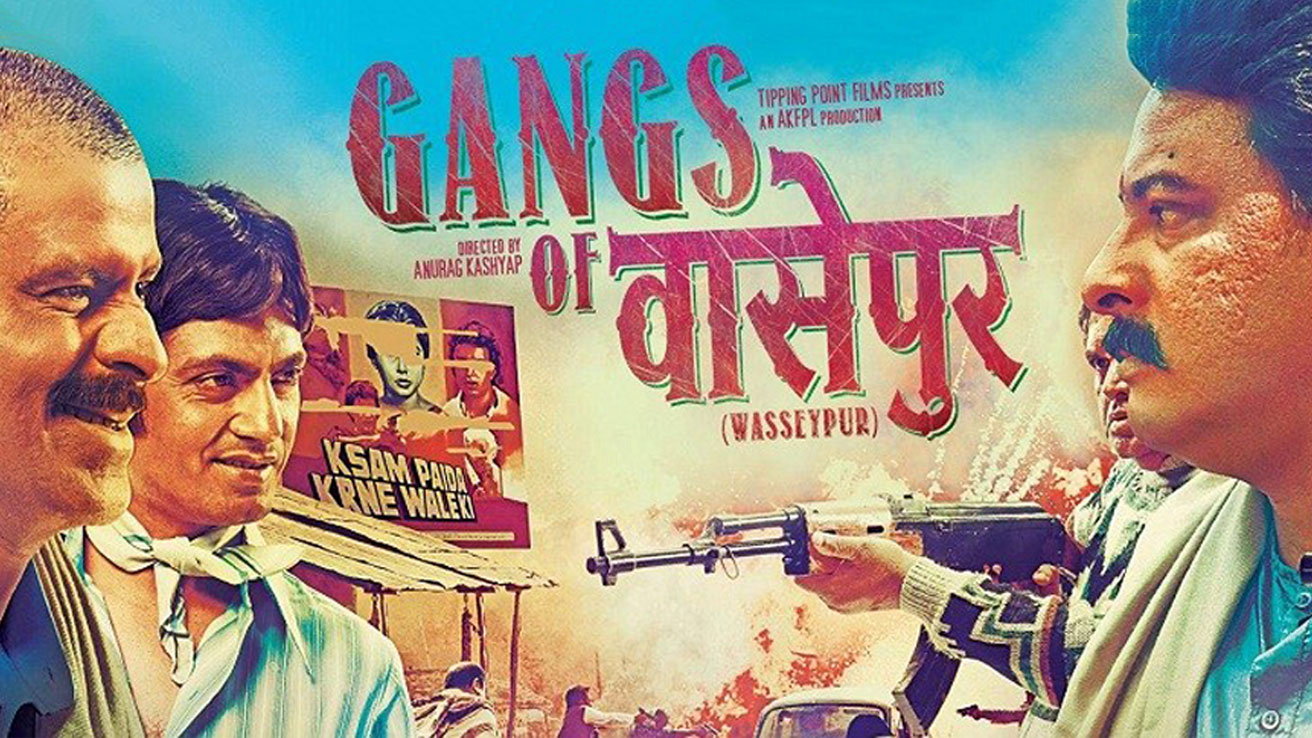 I had spent the past few weeks reading all the rave reviews GOW was getting from Cannes and Sydney. It was selected for the Directors Fortnight at Cannes and got a standing ovation at the Sydney Film Festival. It finally released in India today and the hype surrounding the film is so much that this should turn out to be the biggest commercial success of Anurag Kashyap's career. Let me just congratulate the makers of the film for some excellent promotions especially the team behind the PR of the film. They went all out and made sure that there was Wasseypur everywhere. It is commendable because some people didn't even know that the Shahid Priyanka starrer Teri Meri Kahani was also releasing on the same day. GOW out did Teri Meri Kahani without the presence of any stars whatsoever. Hats Off.

The film that has just been released is part 1 of the two-part revenge saga, the second part releasing around the end of July. It starts off with the title track of Kyuki Saas Bhi Kabhi Bahu Thi which serves as a timeline, as well as a beautiful contrast to what follows. Part 1 is a flashback of the birth and growth of Sardar Khan and how he seeks to avenge his father's death. The detailing is top-notch and full marks for art direction as well as makeup. There isn't a single scene where you feel something is out of place, whether its the fight scene outside the coal mine, the butcher colony (wow), or anything else. Each and everything in the frame belongs there and nothing missing. Dialogues are one of the highlights as they give the film many memorable moments.  Manoj Bajpayee's defense of being caught cheating by a pregnant wife or the wife's encouragement to sleep with a prostitute are some of these moments. Sneha Khanwalker is another star whose original score for the film outshines even her award-winning work in Oye Lucky Lucky Oye.  All songs are in the background but what they give to the film is unmatched.

There is so much brilliance in GOW right from the titles which are marvelous to the final scene of part 1 which is To Die For with Bihar Ke Lala playing in the back. This scene has the stamp of cinematic brilliance all over it and I can watch it over and over again. It's not possible for you to get it out of your mind. There are many other scenes which make you take notice of the fact that you are watching an Anurag Kashyap Film. All the actors are in fine form especially Manoj Bajpayee who gives one of the finest performances of his career. Another actor to watch out for is debutant  Huma Qureshi who has amazing screen presence and charm. Her Rayban look & "Permission leni chahiye" scene is excellent.

The film however is not perfect, it builds pace and intensity but then comes along a scene which is just not of the same level and the intensity just goes down. This happens often enough to be pointed out and is almost like a sinewave. So a couple of things that d not go for the film are its editing and screenplay as the film could have easily been shorter and much more swift.

All said and done Gangs of Wasseypur is one of the finest gangster films of all time and is a must-watch for all the people who love quality cinema. The high point at which the film ends makes you go crazy and craving for part 2. The final shot of the gun dropping and firing on its own is the best possible sign off the film could have had. It has Cult written all over it.