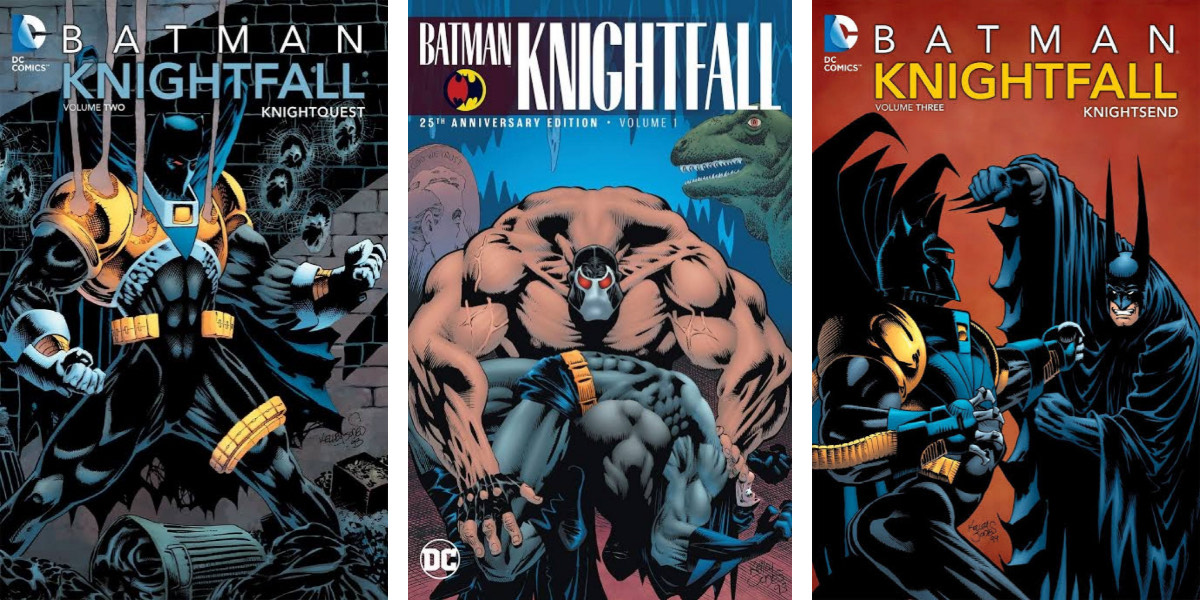 Batman Knightfall is an iconic storyline that has been one of the most discussed story arcs in the Batman universe. The biggest reason may well be that across so many story arcs and timelines, it is a rare sight to see Batman lose to an enemy. In Knightfall, it is not just the loss but the manner in which he loses shakes you up.

A very tiny part of this story arc was showcased by Christopher Nolan as he culminated his Dark Knight trilogy with The Dark Knight Rises. The part I am referring to is the fight between Batman and Bane. The sequence also featured the now ‘quintessential Bane’ lines “Ah you think darkness is your ally? You merely adopted the dark. I was born in it, moulded by it. I didn't see the light until I was already a man, by then it was nothing to me but blinding!”

This feeling that Bane exudes in the film looms over the first part of the Knightfall series. The Prelude is a large setup for the showdown and should be read to understand Batman’s state of mind and body. When he finally encounters Bane, he is far from his physical prime. Bane uses that and literally breaks The Batman. Part 1 is phenomenal and devastating. Part 2, Knightquest, is where the series falters not because there is a new person taking on the mantle of The Bat. I feel it is because there never seems to be any upside to where the story is heading. Hence, there are never any surprises. Robin’s arc is weak and does not get much meat.

Part 3, Knightsend redeems this in a big way because once again we get to see a balance between the right, the wrong and even the grey. It is the grey area that makes for the most interesting reading because Batman has never been as righteous as say, Superman. There are things he does not mind doing, lines he does not mind crossing but what is the limit to that? I loved this dilemma in his head and how he handles it. Even then, the end with Jean-Paul seemed a little bit of an anti-climax. Nevertheless, what more than compensates for this is the last arc, Knightsend - Aftermath which brings a sort of perfect ending to many different character arcs including Robin and Nightwing aka Dick Grayson (one of my fav characters in the Batman universe)

Knightfall saga (including the Prelude) covers over 2,000 pages and is a must-read for all Batman fans. If you are not much of a fan and looking for a good time, I would still recommend part 1. It is easily the most entertaining and impactful and should not be missed.