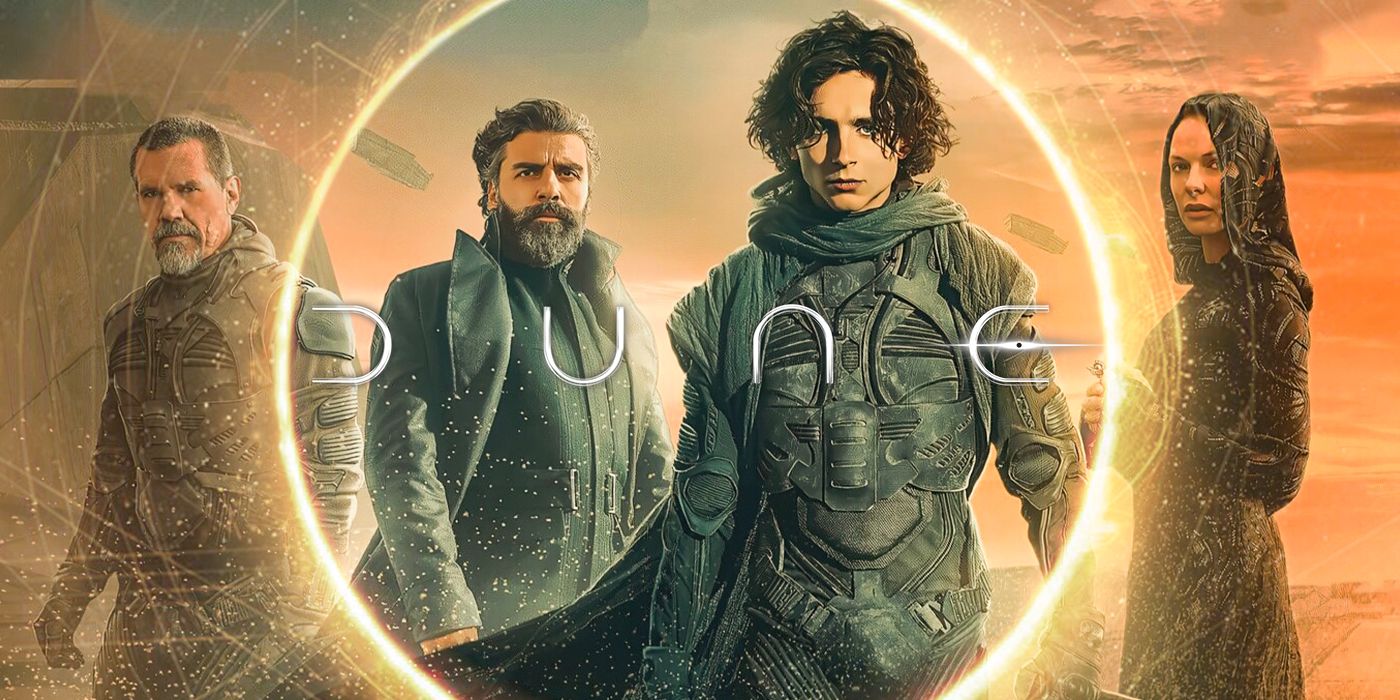 Calling Dune a film will be grossly inaccurate because, at a little over 2 hours and 30 mins, Dune directed by Denis Villeneuve is a truly visceral experience.

The film is based on the iconic book series of the same name by Frank Herbet and just like the book, there is a complex narrative at play here. Nothing is explicit, there are no easy answers. The way to enjoy the film is to ‘just go with it and not ask ‘how’ during the film. If you do that you will realise there is so much the film has to offer. Villeneuve doesn’t just adapt the book, he brings it to life. He makes sure that you feel the blazing sun, the strong winds, the grains of sand. Dune is honestly one of the finest adaptations ever to make it to the big screen.

The pace of Dune is quintessential Villeneuve. If you have seen Arrival (2016) and Blade Runner 2049 (2017), Dune belongs to the same family in terms of its pace. The film starts with sand blowing slowly under the wind. You hear the grains of sand move with the wind and see the hot glistening sun putting a sheen on the surface, you just know, in your gut, what kind of film this is going to be. A beautiful one!

Dune oozes beauty, in what we see, what we hear, what we feel. The visuals are stunning and the cinematography is immersive. What lifts all of this further is watching it on IMAX in 3D. The sound design is phenomenal, making you notice every little thing happening on screen. The background score complements this and does a fantastic job of lifting the experience in critical/dramatic moments. Art direction is one of the finest, even for a sci-fi fantasy film. Dune successfully showcases cultural nuances but does so without overpowering the characters or the narrative. What feeds into this brilliantly is the costume design which enhances the storytelling by making everything so much more believable.

For all the technical wizardry at play in Dune, it would all fall flat without the performances to match. Thankfully, Dune scores well here as well. The film has an ensemble cast to rival any big production and each one of them does complete justice, even though the story does not allow much screen time for a lot of them. Oscar Isaac as Duke Atreides is perfect, brimming with poise and authority at the same time. Stellan Skarsgard is rightfully repulsive as the Baron and Josh Brolin as Gurney Halleck does the hard taskmaster routine extremely well.

Rebecca Ferguson plays Lady Jessica and gets a lot more to do than films like Mission Impossible. She makes the most of it, proving that she is good enough to play the lead. Jason Momoa as Duncan Idaho stands bright and his chemistry with Timothee is warm and delightful. Timothee Chalamet as Paul leads the pack with a layered performance that portrays the many facets of Paul Atreides.

As I described earlier, Denis Villeneuve remains true to his style of filmmaking and does not hurry into getting on with the story. For people who have not read the book, the 2.5hr film is just the first half of the first book. The good news is that part 2 has just been greenlit looking at the reactions to this film and that will cover the rest of the first book. Only time will tell whether we will get more films on the following books (there are 5 more by Frank Herbert followed by a dozen more written by his son Brian along with author Kevin Anderson)

For now, we have this masterpiece and I would strongly urge anyone who is looking to watch Dune to go to the cinemas. This is what cinemas are made for, this is what IMAX is meant for. The talent of Denis Villeneuve should not be curbed by overbearing box office pressure. It should be appreciated and celebrated so that we get to witness this talent lighting up the big screen more often.