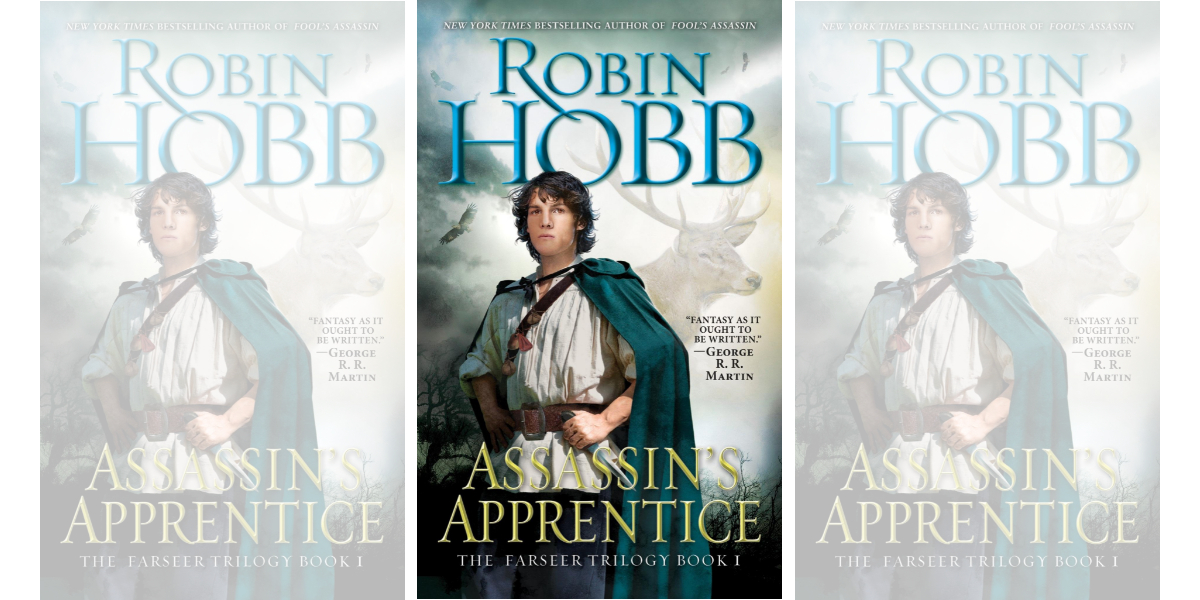 I picked up Assassin's Apprentice as I had heard a lot about Robin Hobb’s writing, and this book was the first one in the Farseer Trilogy. Honestly, I was in the mood for an epic fantasy but had to realign my expectations because this was more in the high fantasy space.

That said, I love the relaxed writing style with sudden bursts of tension. The pace stays consistent as the narrative builds up towards the final few chapters. You know, that eventually, something’s gotta give. In the end, how the climax plays out is very satisfying. The world-building is natural and seamless, though I would have liked a touch more here. That is not to say world-building is weak. I just have a personal preference towards worlds that are culled out even more.

The most intriguing part of the first book is how little we know about the core supernatural element, The Skill. Yes, you do get glimpses of what all is possible but details are kept hazy. So there is a lot that’s left to understand.

The main character of Fitz is built up with nuance, creating multiple layers that provide so many dimensions to him. Orphan like, a bastard, a rugrat from the street, an animal lover, an assassin, a good student, an obedient King’s man, stable boy, and even more. He is all of these and more. Hobb is able to establish Fitz as someone who is complex, but like so many, he would love nothing more than to play with his dog or hang around with his street friends.

The supporting characters are also excellent, especially Burrich and Verity. Burrich is warm & cozy, providing the much-needed balance to the story. He is a friend, a father, a guide a mentor, a teacher and so much more to Fitz. Verity on the other hand blows hot and cold through the first half of the book. His initial impression is that of a typical high-born, frivolous and proud. However, as the story moves on, you get to see other sides to him, but not all at once. Verity’s character for me is the most carefully executed, for every new piece of information brings either suspicion or serendipity. Experiencing that is an absolute delight.

The most interesting character however is that of The Fool. He comes across as crazy, but harmless. A fool, but showing glimpses of a sharp mind. Does not talk to most people, but talks to Fitz in the form of riddles. By the end, one thing is clear, he is much more than has been let on.

The only downside was the lack of strong female characters. There is Lady Patience (stepmother to Fitz) and Princess Kettricken (introduced towards the end) but neither has a strong part in the narrative. The story is narrated by Fitz who has had very little influence of the opposite gender on his life. Simply put Assassin's Apprentice will find it very hard to pass the Bechdel Test.

Assassin's Apprentice starts off the Farseer Trilogy on a fabulous note. Too many fantastic characters, suffocating royal politics, the exploration of The Skill, and the real deal with The Fool. Safe to say I will be checking out the rest of the trilogy very soon.