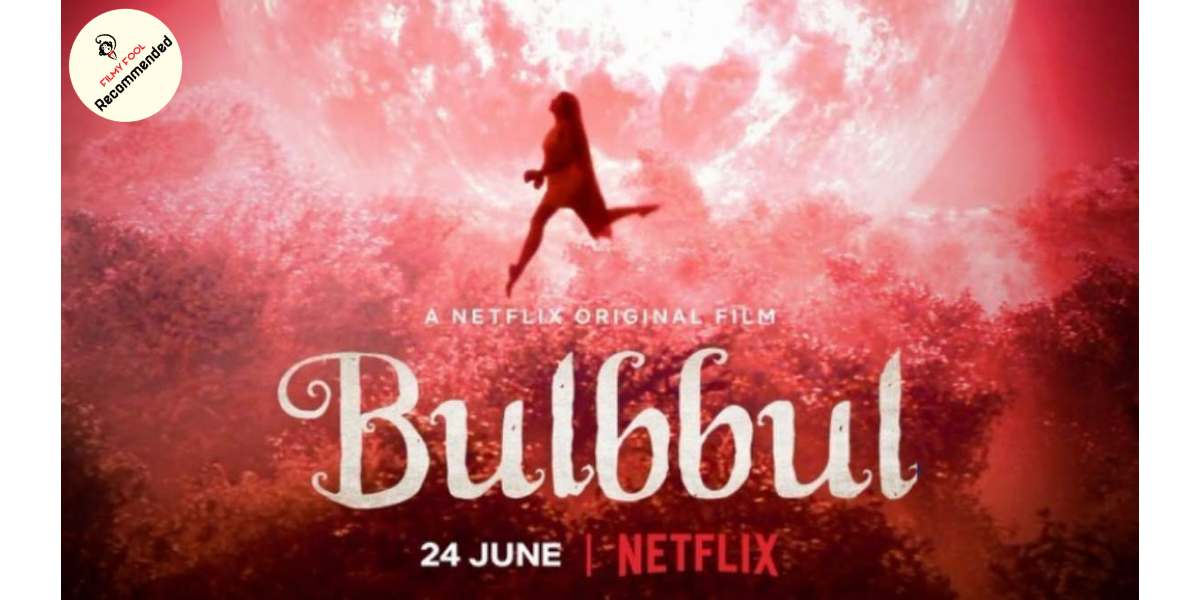 The phrase ‘there is beauty in everything’ is epitomised in every single frame of the new Netflix original film, Bulbbul. Produced by Clean Slate Filmz (Anushka Sharma-Karnesh Sharma), Bulbbul is a Supernatural Drama directed by long time dialogue writer and lyricist, Anvita Dutt. Tripti Dimri plays the critical role of Bulbbul and gets support from her Laila Majnu (2018) co-star Avinash Tiwary, along with Rahul Bose, Paoli Dam, and Parambrata Chattopadhyay. The film is set around the Bengal region in the late 1800s’, with a wealthy 'Thakur' (feudal landlord) family at its centre.

Bulbbul is not a horror film and anyone looking for 'jump-out' theatrics will be disappointed. For me, however, that is Bulbul’s biggest strength, because the supernatural element in Bulbbul is used as an additional layer in the story and not as the sole reason for its existence. At the heart of it, Bulbbul is a drama that showcases patriarchy and misogyny as an everyday occurrence in the pre-independence era. The film does well to showcase this in multiple instances. Some stare at you right in the face, while others remain slightly more elusive. It will make you ponder about our deranged practices and question the foundation of our society. No one bats an eye when a 5-year-old is married off to a man 5 times her age, or when a woman is treated as a possession. On the contrary, the woman is told to count her blessings - big house, wealthy family, jewellery. Even a man who has come back after studying in London for 5 years cannot digest how a woman can be 'friends' with another man.

Honestly, Bulbbul had so many instances of 'poetry in motion', that I did not mind its 'obvious' screenplay. Everything in Bulbbul can be clearly divided into 'pre-event' and 'post-event' (not disclosing the event, no spoilers). This is thematically depicted in the night time shots where the pre-event shots have a black and blue palette, and the 'post-event' shots are all a beautiful shade of red. These distinctions are executed with great calibre by Siddharth Diwan's camera work. The cinematography also changes with the mood, and Diwan moves from artistic angles to the camera facing motion shots in the most 'post-event' scenes. Another shot that comes to mind is of Satya coming home in the carriage with the background of a reddish-pink jungle. Be it indoor or outdoor scenes, all of it is shown in such an enchanting way that I was totally under its spell from start to end. The lighting also plays a critical role in creating the right atmosphere and this is another area where Bulbbul shines.

The other highlight of Bulbbul and an equally important reason for the film's enchanting spirit is Tripti Dimri. She looks in complete command and her screen presence is intoxicating. I loved the way she used her body language, the subtlety of her smile and especially her eyes. During the pre-event scenes, her eyes are filled with innocence and longing. In elegant contrast, her eyes depict mischief, candour and courage in the post-event scenes. I am yet to see Laila Majnu (2018) but Tripti as Bulbbul makes me want to watch it right away. She is ably supported by everyone else but my favourite is Parambrata Chattopadhyay as Doctor Sudip. His performance is so natural and complements Tripti's Bulbbul really well. A scene where both Sudip and Bulbbul are standing outside smoking is heavenly.

The biggest let down for Bulbbul is how the screenplay unfolds. It is too obvious because all the cards are shown early on. The climax too is a little hurried and does not have the same finesse as the rest of the film. Nevertheless, I still feel this is a worthy film for many reasons. The biggest of them all is how believable everything feels. My common problem with Indian films dabbling with supernatural elements is that it is never convincing enough, but Bulbbul is an exception that should be seen and celebrated.