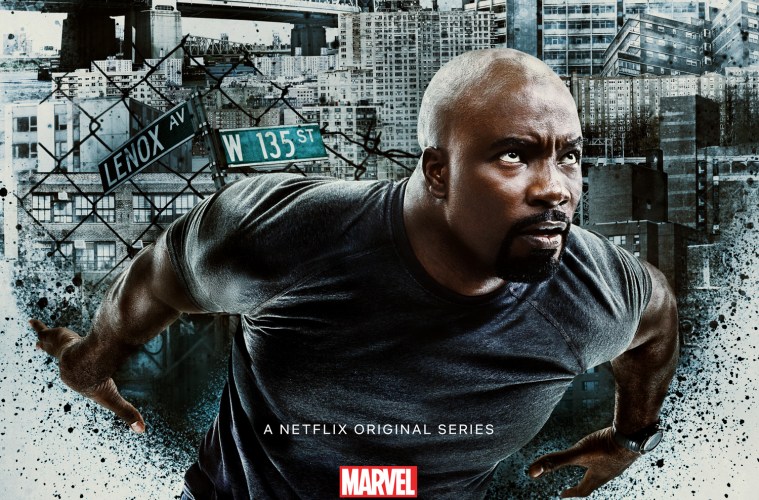 2018 seems to be the year of great sophomore seasons. After Goliath, and 13 Reasons Why, comes season 2 of Luke Cage, and lands a massive punch. The season is set-up rather awkwardly because even though there is a recap, it is for season 1. However, those who have followed Marvel shows on Netflix would know that Defenders came after Luke Cage season 1. The storyline in Defenders did cause changes in Luke’s universe, unfortunately, there is no recap of what happened in Defenders. Hence, people who have not seen the show may be surprised to see Misty Knight, missing one of her arms. To know the entire backstory, you will have to watch Defenders and also Iron Fist…actually don’t torture yourself…just watch Defenders.

Season 2 revolves around Luke Cage (duh! right?), though it also gives ample space to the villains, Mariah Dillard aka Mariah Stokes and Johnny McIver aka Bushmaster. This is a huge plus because making a great superhero show/movie without a kickass villain is next to impossible. Spidey had Doc Ock, Batman had The Joker, Avengers had Thanos, Daredevil (Netflix) had Kingpin and Jessica Jones (Netflix) had Killgrave…you get the drift or as Geet (Jab We Met) would say “Aap convince ho gaye hain ya main aur bolun?” So Luke Cage season 2 adds the menacing Bushmaster and the fanatical Mariah Stokes. Both the villains are excellent and give Luke a really hard time. Alfre Woodard, who plays Mariah and Mustafa Shakir, who plays Bushmaster, deliver memorable performances that will have you wincing and up in arms. Both the villains have great depth in character, drawn from troubled pasts. Depending on how you look at it, you will empathize with both the villains at some point in time. That is the brilliance of how astutely the characters have been etched out.

And the cherry on top...the Jamaican swagger. There is plenty of it on display and I became an instant fan of the line “Zhem call me Booshmasta!” (Read: Them call me Bushmaster) 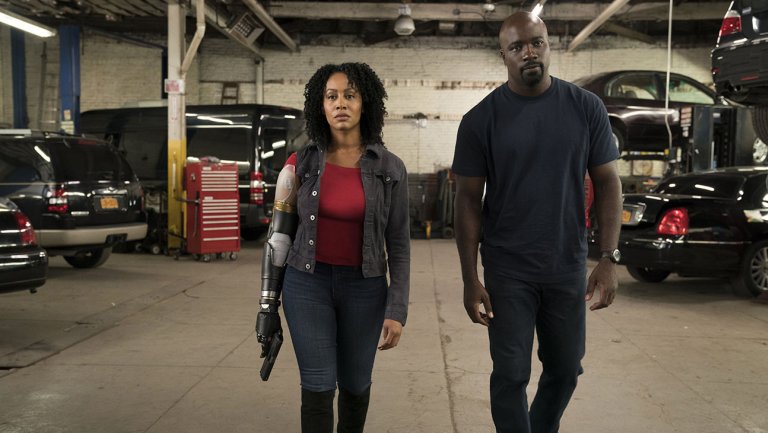 The heartbeat of this season is the music. It is so refreshing to see a show where music is an integral part of the universe. The kind of music being played at Harlem’s Paradise is used as a metaphoric reference for who is in control. It swings between American Hip-Hop and Jamaican Reggae and the artists at the center bring the house down. I was grooving to the music, completely forgetting the previous scene, where I had just seen 3 severed heads, on pikes! The season ends with one of the best title tracks I have heard in a long time. The last song captures and rounds up everything so perfectly.

The action sequences are strong and well-choreographed. I could not take my eyes off the screen during the fights between Cage & Bushmaster. The action is gender neutral and Marvel and Netflix also tease us with ‘Daughters of the Dragon’ duo Misty Knight and Colleen Wing. Misty Knight has been my favorite character on the show since season 1 and Simone Missick has done a terrific job of portraying the character.

I love the visualization of Misty’s deductive skills. Detective Mercedes 'Misty' Knight, standing as a third person, right in the middle of the action, replaying everything in her head.

As the season moves on, Misty gets her bionic arm just like in the comics. However, in the comics, Tony Stark fits her with the arm, but here, the other billionaire comes to her rescue. Danny Rand aka Iron Fist doesn’t just help Misty but helps with a lot more in this season of Luke Cage. One of my favorite moments from this season has to be Danny Rand’s entry! 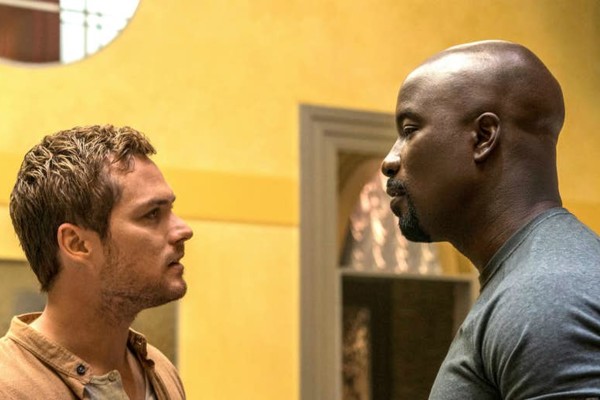 There is no camera zooming into his face, no slow panning of the camera up from his feet to reveal his face, no slo-mo opening of a door. He just enters Pop’s Barber Shop; simply enters and sits down. I really enjoyed the casualness of it.

Not just that moment but (I can’t believe I am going say this) I enjoyed Iron Fists presence. There was a visible sense of ease to the character and Finn Jones also looked much more comfortable.

The finale is extremely strong and somewhat unexpected. I really liked how the show brings the two seasons together and concludes the story arc. The writers have done a great job of not just ending the story arc well, but also set up what could be a fantastic season 3. The slight twist at the end and the shades of grey in Luke Cage's character get revealed so smoothly that it doesn't even hit you until later.

Luke Cage season 2 does a difficult job of surpassing the pilot season but does it with a lot of ease, and loads of swagger. It is a must watch for anyone who is following the larger MCU. Even if you are not sold into the whole Marvel Universe, Luke Cage season 2 offers a lot, so give it a shot. I continue to feel that Marvel and Netflix can really shorten the season by 3 episodes to cut out the lethargy that crept in and disturbed the pace of storytelling. But, on the whole, I loved it!