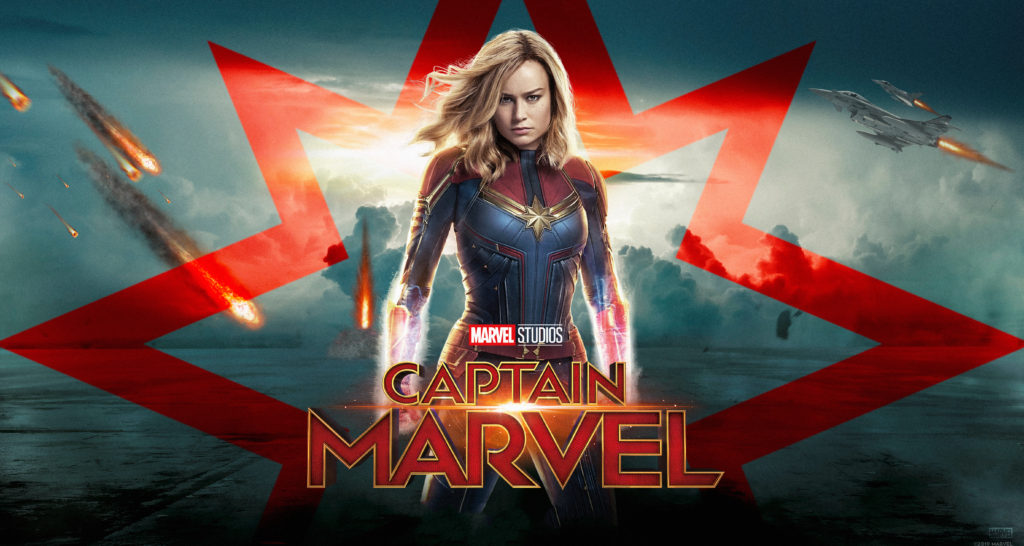 MCU is now in its final-final leg. This is it, the home stretch, 'the end game', and Captain Marvel serves as an important thread to round it all. Marvel Cinematic Universe, now in its 21st film has done it all. There have been multiple origin-stories & follow-ups, a pseudo-Avenger film, and 3 Avenger films. The MCU is now the biggest movie franchise of all time (Box-office collections of over $17Bn) and will serve as a benchmark for not just creating an entertainment juggernaut, but also being able to see many years into the future.  However, with every new film, the expectations inch up, the stakes rise, and detractors multiply. And as with everything in life, the law of averages is bound to come into force, sooner or later. Unfortunate as it may be, Captain Marvel will fall into the lower end of MCU film spectrum, with the likes of Iron Man 3, GoG Vol 2 and Thor: The Dark World. But I will get there in a bit, first some background.

There has been endless talk about Captain Marvel ever since Nick Fury used that pager in Avengers: Infinity Wars post-credit scene. Captain Marvel is essentially an origin story of Vers, a Kree warrior who is hounded by dreams of what feels like her past or maybe another life. Trained by an older, more experienced Kree named Yong-Rogg (Jude Law), she finds it hard to fully commit to the Kree way. What follows is really proceedings spanning 24-48 hours, making this the shortest origin story in MCU.

Marvel is known for visual wizardry, but there are only sporadic instances and nothing that hasn't been seen before. Where it really shines is in creating fantastic younger renditions of Nick Fury and Phil Coulson. (Note: The shoutout Coulson received upon his entry on screen gave me goosebumps and was an extremely satisfying moment.) The background score is not inspiring, way below par from the benchmark set by films such as Thor: Ragnarok, GoG Vol 1 and Vol 2, Iron Man 1 & 2, and Black Panther.

My biggest disappointment with Captain Marvel is not with visuals or background score. It is with its writing. There just isn't enough depth in the lead characters, especially Carol. Who is Carol Danvers? What motivates her to get up in the morning or ignore protocol? These are answers that are essential for an origin story to work. The screenplay does take time to get into the groove but wastes the opportunity. Compare this to Iron Man, Thor, Spiderman: Homecoming or Doctor Strange. Answers to all these questions were crystal clear in them. That is why each of these films stands tall independently, not just as a part of the MCU. Sadly, Captain Marvel feels like more of a filler, tying up loose ends and answering questions like where did the name Avengers come from? or how did Fury lose his eye?. Good to know but not mission critical.

Don't get me wrong, when the film gets its footing, it does fly and with some style. Brie Larson as Carol Danvers does a good job but she could have done so much more. There is a line in the film where Carol says "I have been fighting with one hand tied behind my back". That's what the team writers do to Brie, tie her down by not giving her character any layers to explore. Samuel L Jackson is funny and refreshing as young Nick Fury. He has impeccable timing and gets a lot more lines in this film which was great to see. The fight sequences are enjoyable too and showcase the abilities of Captain Marvel well.

Ironically, the high point of the film comes after the film is over. The first post-credit scene is the real reason for the existence of the film and it should not be missed at all. There is another post-credit scene after the long credits are done but I would recommend you give that a pass. I really wish there was more for me to highlight but there isn't. Marvel aficionados would have already seen the film or would be watching it anyway. As for the rest, Captain Marvel will give you enough to sit through without getting bored but as you leave the theatre, the film will leave you.