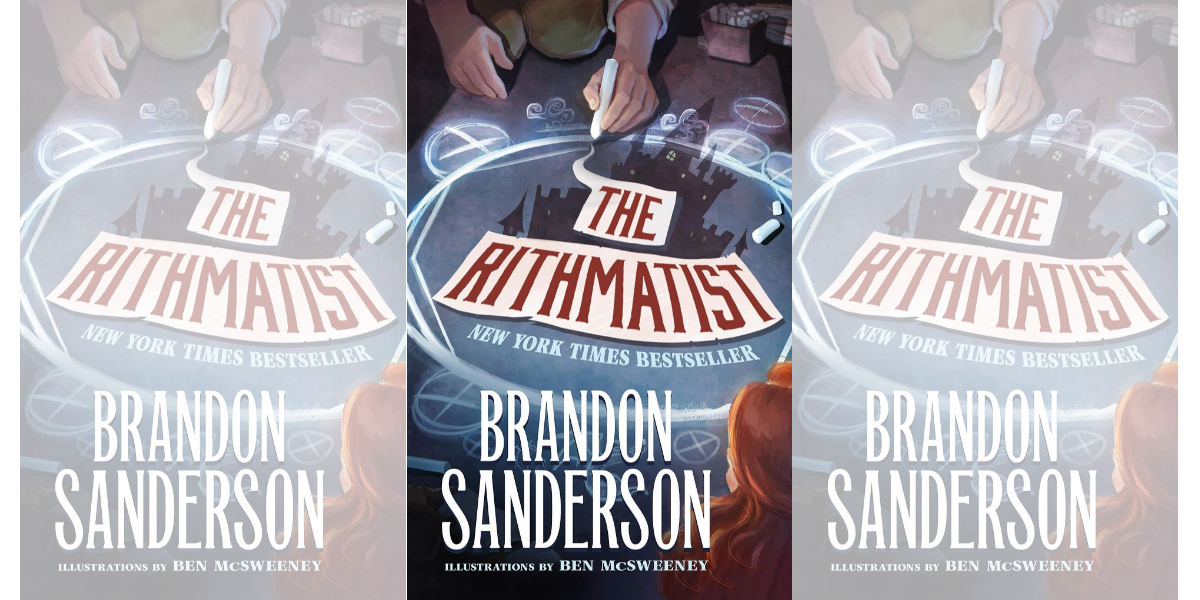 Brandon Sanderson has never failed to delight and Rithmatist is another book that is engaging, fascinating, and so much fun.

Rithmatist is the story of Joel who has lived an ordinary life while obsessing over a group of chosen individuals called Rithmatists. Joel unfortunately could not become one, but that has not stopped him from being a total nerd about it. He wants nothing more than to learn about the subject, even though only the chosen have that right. His life takes an interesting turn when he gets the chance to become a TA to a Rithmatist professor, who has been assigned a special project related to a possible abduction.

Sanderson sets up the key characters quickly and you feel for Joel right from the start. You sense his innocence, see his curiosity and feel his desperation. That is the beauty of Sanderson’s writing. Apart from Joel, the supporting characters also get a fair amount of time. Melody is annoying and adorable which such an incredible combination. Fitch is true academic yet has incredible warmth. The one character that I could have been more fleshed out was Joel’s mom. Exploring her life, motivations, and her relationship with Joel a little more could have brought another layer of depth to the story.

Science of Rithmatist is complex and fascinating. By now we know that Brandon Sanderson is a man with an incredible mind. In spite of that, I was thoroughly surprised by what he conjures up in Rithmatist. Battles fought in 2 dimensions, powers that come alive with the help of chalk and the difference between life and death being geometric proportions. These ideas are brought to life with the help of Sanderson’s brilliant writing but are further substantiated with illustrations by Ben McSweeny. The illustrations don't just help explain the science, they also contextualises the degree of difficulty. The beauty of the artwork is that it is done in free hand, like a casual scribble that people do along the margins or on the back of their notebooks. This style is perfectly in sync with the vibe of the story and adds a visual layer to the storytelling.

Sanderson’s world-building is unparalleled. However, what comes up in Rithmatist would not be even a sliver of a challenge for Sanderson. There are no other worldly elements, no peculiarities. The world of Rithmatist is almost presented as an alternate history for the late 1800s. The political atmosphere of the time is different to the extent that the countries are different from what we see today and follow a very different political structure.

I have been a huge fan of Sanderson’s action sequences. Rithmatist is no different. The complexity of action here is substantially different from other books. That's because a high percentage of action is taking place in 2 dimensions, as chalklings (figures drawn with chalk) crawl across walls and floors fighting each other. This coupled with the happenings of 3 dimensions make for a thrilling experience. A special mention for the action in the climax and the entire melee sequence is in order. I had a blast reading through them and powered through the pages breathlessly.

Rithmatist may be young adult at heart but has shades and complexities of an adult novel. It is endearing, fascinating and simply unputdownable. On top of that, it is non-stop fun, and hence, Rithmatist is highly recommended in my humble opinion.