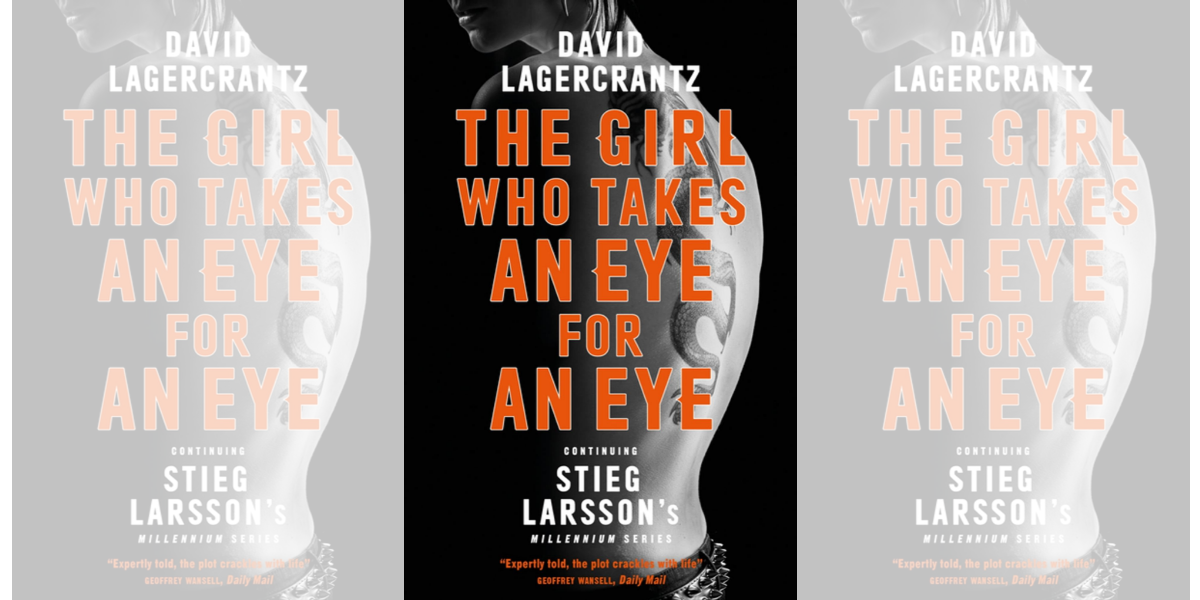 The Girl Who Takes An Eye For An Eye is the fifth book in the Millennium series, originally created as a trilogy by Steig Larsson.

Larsson is an author who created the iconic characters of Lisbeth Slander & Mikael Blomkvist. His legacy is such that a second trilogy was written using these characters, this time by David Lagercrantz. We have also had multiple films made on Larsson’s work but none came close to his class except the original Swedish films starring Noomi Rapace.

Unfortunately, the case is similar for book 2 of the Lagercrantz trilogy as most of the magic has dried up. What we are left with is a forced thriller that only scratches the surface of the original trilogy. Even book 1 of this new trilogy was sub-par but it still had sparks of the original. This one fizzles out as soon as it starts.

Lisbon once again finds herself (more like puts herself) in the middle of a shitstorm. As always, Mikael supports her almost unconditionally and tries to unravel another mystery.

The writing seemed sluggish and most of the tension was forced. I did not feel invested in the story at all and hence, was largely detached right through.

I really hope that Lagercrantz can redeem himself in the final book, if not for the readers, then at least for the sake of Larsson and his legacy.