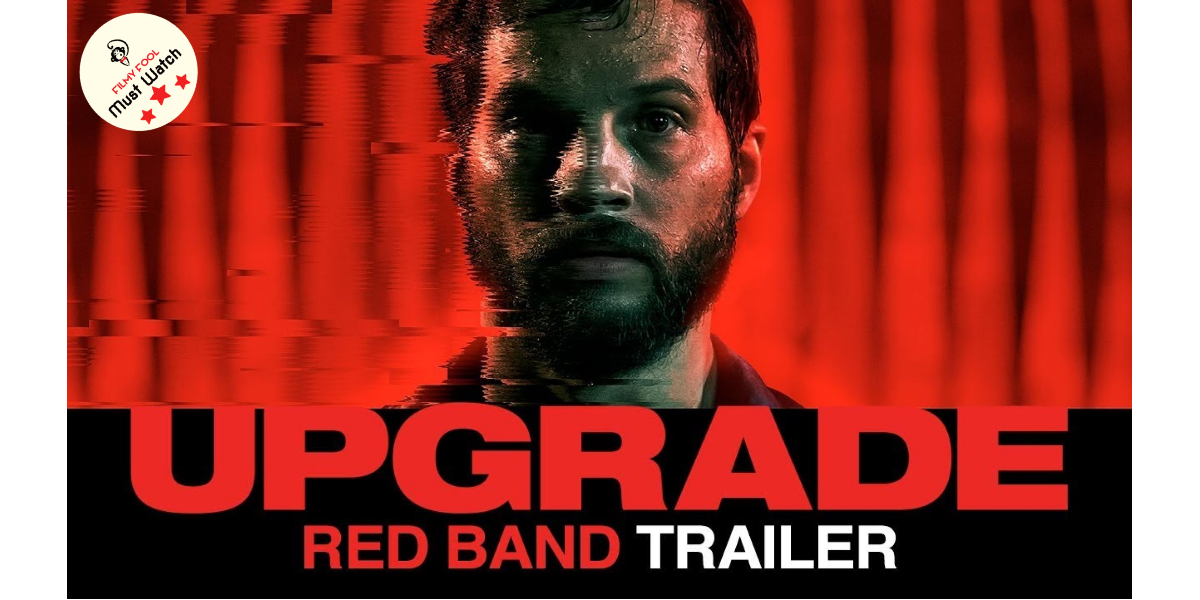 Sample the fact that District 9, the 2009 Sci-fi film was considered by the Industry to be a low budget marvel. That is because District 9 was made at a budget of 30 million USD while Star Trek (2009) had a budget that was 5 times. Now that the context is set, let's talk about the film in question. Upgrade is a 2018 Sci-fi film that beautifully mixes various genres. It has elements from cyberpunk sub-genre along with the obvious 'action' overtones. The film also has ample flavour of the dark comedy genre, in addition to an evident stamp of body horror. Though Upgrade has enough highlights from a creative standpoint, all those are elevated many notches when seen alongside the film's paltry budget. Upgrade had a budget of 3 million USD and was made 9 years after Neill Blomkamp's District 9, the low budget marvel of the time.

Upgrade is the story of Grey Trace (Logan Marshall-Green), who is a motor-head of sorts and fixes up cars for a living. He is one of the few people who still like to do things on their own, even when they can be done faster with the help of technology. He still fixes up cars with his hands and suggests cooking a pizza for dinner when his wife Asha (Melanie Vallejo) casually says "let's print a pizza". Things take a dark turn when he gets paralyzed while resisting a mugging, but they don't remain dark. While you will need to watch the film to actually know what happens next, I can tell you for a fact that it is a whole lot of fun.

The finest thing about Upgrade is it's slick action scenes that have been shot in an unusual manner. They create a breathtaking and eye-popping experience that is unforgettable. There are 4 things that are completely in sync here. The director's vision (Leigh Whannell), the cinematography (Stefan Duscio), the stunt choreography (Chris Anderson) and an actor who has total command on his comic timing. The result is a series of scenes where Logan appears to be fighting in the most gruesome way, without having any control of his actions, making the sequences hilarious and pulsating in equal measure. They apparently strapped an iPhone to Logan's body and the Arri motion cameras would lock on to the gyroscope of the iPhone. So when Logan would get up, the camera would follow that giving a wacky effect that looks brilliant on film.

Upgrade works so well because its ultimate objective is to have fun. So the dark humour plays really well here and goes in tandem with body horror action scenes. A word of caution is mandated here because things can get gore during this time. Director Leigh Whannell has a thing for the gruesome. After all, he is the creator of the 'Saw franchise' along with his friend James Wan (Conjuring Universe). The good thing is that Whannell handles the gore stuff with a lot of panache, without distracting you from the central theme. Still, if you are not comfortable in watching bodies getting slashed and heads getting blown, you may not enjoy the film as much.

I had been waiting for Upgrade to start streaming for a very long time and I am glad it finally made its way to Netflix. It has totally been worth the wait and I have been completely blown away by the sheer audacity of this little film. Upgrade is a must-watch in my opinion and I would rate it higher than Whannell's more recent directorial outing, The Invisible Man (2020). It has been a long time since I have enjoyed an action film so much because there are very few films that are this clever. I strongly recommend that you make time for it over the weekend.