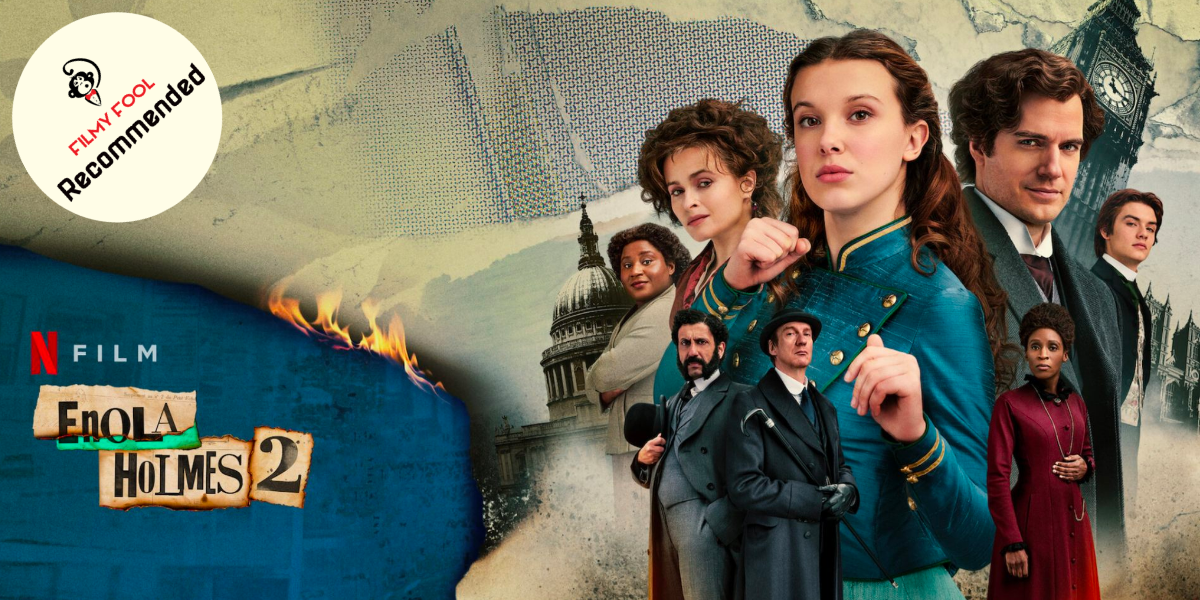 There is something about the world created by Sir Arthur Conan Doyle. It has always fascinated me for many reasons, but the biggest reason would be how deep-rooted the characters and narrative are to reality. The power of his writing is such that it stays relevant even when creators play around with it. It has been modernised, has had changes to the geography/physical setting and even had the gender of main characters flipped. As long as the core remained intact, all of it came together beautifully.

In addition to all these modifications, author Nancy Springer successfully added an all-new character to the mix, complete with a backstory, integrated into the core narrative of Sir Arthur Conan Doyle. Springer created Enola Holmes, a 14-year-old sister to an already famous detective, Sherlock Holmes. She wrote six young adult books and while some hardcore fans of Sherlock may not be happy, these seem like pastiches, paying homage to the original work of Sir Arthur Conan Doyle while telling a new story.

I enjoyed the first film and it evidently had franchise potential. Enola Holmes 2 on Netflix continues to build on the foundation of its predecessor. After the events of the first film, Enola has set up a detective agency and is looking to match her famous brother all on her own. If only someone would take a girl of 14 seriously as a detective. Well, thankfully, someone does, and again the game is afoot.

The writing is strong and sprayed with ample amounts of dry humour. The film does showcase strong character work, especially with Enola and her relationship with Sherlock. The narrative also weaves in plenty of instances around gender inequality as an unfortunate byproduct of the time. Most of it comes across as natural and organic. The only thing I had a slight problem with was the post-climax scene. It felt forced and lacked conviction.

The core mystery is reasonable and shapes well through the film, with breadcrumbs spread evenly across its 2 hours run time. This is one place where the Enola films (both 1 and 2) differ from other works on Sherlock Holmes. As with the Enola Holmes books, the films are for young adult audiences. Hence, they never get too dark, even when people are being murdered. Another aspect where these films move away from Sherlock is the focus on deductive reasoning. In Enola Holmes, deduction happens to be one of the things. The film does not rely on miraculous deduction in the nick of time to move the story forward. What the film banks on is Mille Bobby Brown’s charismatic screen presence.

Millie Bobby Brown is the film’s biggest strength. She can make every scene and every frame about her. She is magnificent as Enola and can carry the entire film on her young shoulders without any trouble. She has poise and she can switch to being goofy without any problem. Millie brings a wide range of emotions to this Netflix franchise and is clearly loving it going by the looks of it. She is also so comfortable and natural with breaking the 4th wall, something that I never thought possible since Fleabag (landmark show btw).

Overall, Enola Holmes 2 builds on the first film well and aces the linkages to the original material. Mille Bobby Brown is top-notch and is reason enough to watch this film. I enjoyed it thoroughly and hence, marking this as recommended viewing for anyone looking for a balanced family film with a bit of mystery and humour, along with oodles of panache.