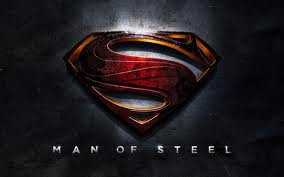 The most awaited film this summer is finally here and what an anti-climax it has turned out to be. I am rather mad because I have actually traveled 800 Kms and spent 3000 bucks to watch this film in English in a quality 3D theatre. It reminds me so much of The Amazing Spiderman which had so much promise and turned out to be a huge let down. Man Of Steel also falls in the same category. It is a super disappointment because of the no. of years we have been waiting for someone to do justice to this incredible superhero. We all had hoped that this wait was over with  Man of Steel as names like Christopher Nolan, Zack Snyder were behind it. Not to be.

This Superman film is darker than what was needed and extinguishes every possible fun element that has been inherent to Superman.   What I found most bizarre was that every character in the film has the wildest imagination possible because no one is ever surprised with anything that goes on around them. ‘Oh there is an alien living among us, no big deal’, ‘He can fly? So what, we see people fly all the time’ or the very last scene when a tracking missile crashes right in front of the general’s car, he is not surprised, not at all. He just stops the car and walks out as if to check a oil leak in his car.

There is lot of action this time around but unfortunately it is too digital for my taste. At one point when the final fight is happening between Superman and Zod, I got bored mid-way. I felt like I am watching Transformers 3 where there is so much of digital mash-up that it is difficult to enjoy anything.

So basically there is no ‘Wow Moment’ in the film which promised plenty of them. Watch it if you are not passionate about Superman or you have not traveled 800 Kms like me. That way you would be less angry & disappointed.